The Orientalism of Beyoncé

The footage of Beyoncé bumpin’ and grindin’ to a sample of Umm Kulthum’s classic and unparalleled classic song “Enta Omri” has surfaced again after its initial appearance two years ago. Personally, I think the idea and its execution is a bit lazy. It shows a lack of interest in the context of the original song and a disregard for its meaning and cultural significance. The sample used is purely fodder for another Orientalist fantasy marketed at pop music consumers. As one with a background in Arab studies, I find her exotification and erotification of Middle Eastern tropes cliché at best. The red lighting, the pseudo Middle Eastern musical riff in the original “Naughty Girl” song… This again? Really? It’s something I’d expect from an artist with more institutional privilege than Bey (remember Britney Spears and her albino snake performing “Slave 4 U” at the 2001 MTV Video Music Awards?), but I guess money and fame buy privilege, too.

But…. Then there’s the ugly reaction of so many belly dancers against the sexual nature of Beyoncé’s short performance. Much of the outrage includes an unhealthy dose of slut shaming. We can argue against Beyoncé’s use of “Enta Omri” without calling the performance “disgusting,” “vulgar,” or commenting on how her “ass cheeks” are “hanging out” of her costume. (Sure, those costumes certainly offer no coverage for the rear at all.) These comments appear to come from the point of view that belly dance is not sexual (when, in fact, it is often perceived as akin to sex work, and we shouldn’t be shaming that either), or that it’s up to Western women to “sanitize” it as a form of family-friendly entertainment for all occasions.

This instance also showcases a key and essential part of hip hop culture: sampling. Without sampling—of recordings, ideas, dance movements, and clothing—hip hop culture would be drastically different. It might not even exist at all. In fact, a recent decline in sales and overall quality of hip hop albums is attributed to the increasing expense of licensing music samples with which to make records. Beyoncé’s music, which some might argue is not textbook hip hop, certainly draws influence from hip hop’s lineage… and it is full of “sampled” sound clips. (Some argue that she “rips off” other artists, but I’m not here to claim one way or another.) For example, “Run the World” is built around a drumbeat from “Pon Da Floor” originally by Major Lazer. This website lists some of the songs her music has sampled… as well as who has sampled her.

In the “Enta Omri” sampling, we see a clash of theoretical and historical frameworks. Sampling culture meets Orientalism. And this is nothing new (the linked article is pretty fantastic and worth your time). Hip hop music is full of the exotification of Middle Eastern culture, especially Middle Eastern women. Beyoncé’s husband, Jay Z, sampled Hossam Ramzy’s recording of “Khusara Khusara” (originally sung by Abdel Halim Hafez) over a decade ago in his song “Big Pimpin’.” Wyclef Jean, too, sampled “Enta Omri” for a song called “Hollywood Meets Bollywood,” as though India and the Arab world were one and the same, with musical traditions there for the taking. Jason Derulo asks women from around the world to “Talk Dirty” to him, complete with female dancers representing the usual exotified cultures: Indian, Polynesian, and Arabic (backed by a sample of Balkan Beat Box’s song “Hermetico”). And who could forget Akon’s “Bananza (Belly Dancer)”, complete with dancers in hip scarves and anklets, “Pharaonic” arm shapes, a woman playing a doumbek incorrectly, and, of course, snakes. R. Kelly went ahead and released this song and music video, aptly called “Snake,” full of many of the Reel Bad Arabs tropes. But sampling culture is all about taking and making something new out of it. Is this cultural appropriation as the media has so often described it, or something else? Why are we not as angry about the more blatant sexualization of belly dancers and Middle Eastern women in the above examples than we are about Beyoncé? Are we more outraged by Beyoncé’s Orientalism because she is a woman, and not a man like in the examples mentioned above? Is it really about the sampling of Umm Kulthum, who really does hold a unique and elevated place in the history of Arabic music?

Celebrities and the Nirvana Fallacy

We laud Beyoncé for being at the forefront of visibility and success for black women in music. Her recent visual album Lemonade has been regarded by music critics and people of color as being a masterpiece that highlights the plights and issues that directly affect black women in the United States. (Even Lemonade received jeers from the mostly white critics who “didn’t get it,” as though everything Beyoncé makes must be palatable to the White ear.) So, I think for some, the outrage (two years ago and today) many are experiencing over the “Enta Omri” sample in Beyoncé’s On The Run tour is actually a cognitive dissonance: How could a woman so invested in the promotion and power of women of color sexualize one of the greatest and magnificent songs of one of the most influential and celebrated singers from the Middle East? On one hand, we can’t celebrate Beyoncé for flaunting her body so confidently and unapologetically and then on the other, shame her for not doing it on “our terms.” Belly dancers who enjoy her work and who are outraged by her use of “Enta Omri” are probably wondering: Is it still safe to celebrate “Queen Bey”?

Here’s the thing: Even your most favorite celebrities (and politicians) will do things you won’t like. That doesn’t mean you must abandon listening to or supporting them. That doesn’t mean you have to hate everything else they do. It’s immature to think that a public figure you admire is always going to make decisions that you love. And when they don’t, it doesn’t make you a hypocrite to love some of their work or the things they do and find other things they do unsettling. Humans are not infallible. To believe otherwise is called the “Nirvana Fallacy,” and is an increasingly common mindset.

Should I Be Offended?

If I am to be offended by Beyoncé’s sampling of “Enta Omri,” I am more “offended” by the lack of research or curiosity demonstrated by her and her creative team. If they had done some investigation, inquired about the song that they sampled, the woman who originally sang it, the composer who wrote it, the song’s meaning and significance to the Egyptian people, its place in the history of Arabic music, its political and social context, and maybe even some inquiry into Orientalism itself, maybe they wouldn’t have chosen to use it in this performance.

Or, maybe they would… because here we are, two years after the tour, still talking about it. There’s no way of knowing for sure.

In the end, though, it’s not my place to be “offended” for the sampling of “Enta Omri,” nor Beyoncé’s interpretation of it through sexually suggestive dance movements. I am neither black nor Arab. Yes, I am a belly dancer, but I consider myself a “guest” in this complicated phenomenon of Arabic culture, not a resident. To be offended on behalf of Egyptians is its own kind of colonialism, patronizing and silencing. It’s not my job to “save” Arabic culture or even belly dance. As a white-passing dancer born and raised in California, I have neither been steeped in hip hop culture, nor have I been raised in Arab culture. I can learn about both intellectually, but I am not fully immersed in either. For those interested, here’s an English-language article from an Arab magazine about Orientalism in Western pop culture.

You Can Still Love Beyoncé and Umm Kulthum

Personally, I can still admire Beyoncé for being one of today’s hardest working female pop stars, for owning her body and her sexuality, and for bringing greater visibility to women of color in pop music (although I understand that she comes under fire for her methods in this as well). I can also question her artistic decisions when it comes to fields of study that I know quite a bit about, such as Orientalism and the perpetuation of Arab stereotypes.

We can hold these two ideas in mind without slut shaming, resorting to mindless insults, or playing White savior. 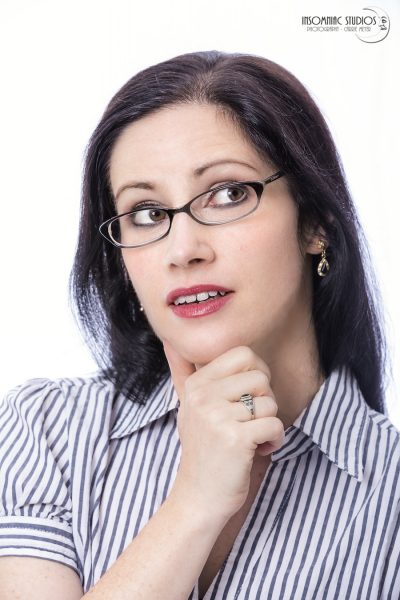 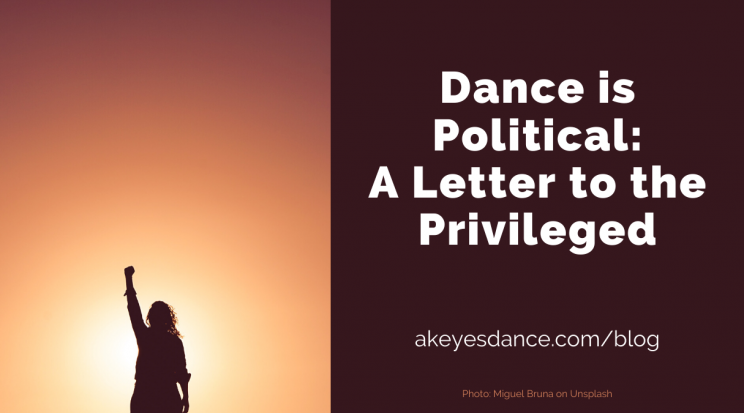 A letter to those who say, “Keep politics out of dance.”

Dancers: Don’t Do These Things with Arabic

A Brief Guide to Arabic Transliteration 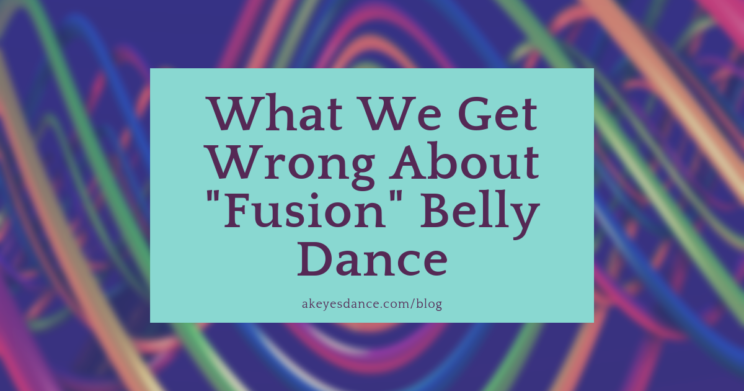 What We Get Wrong About “Fusion” Belly Dance